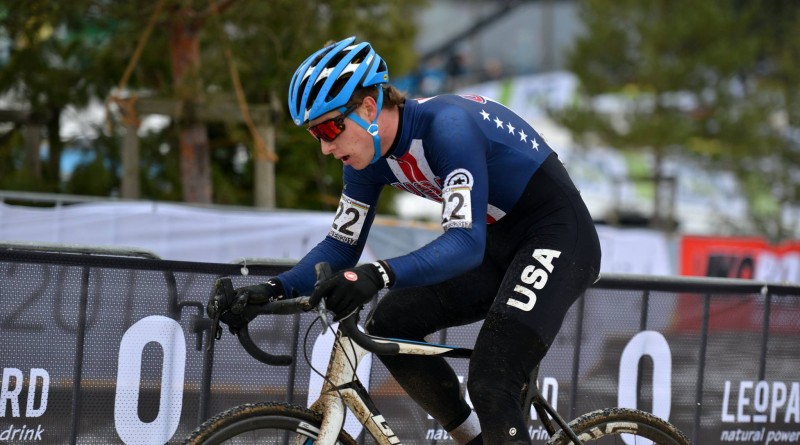 (Feb 6, 2017) Well, I just got home from my last race of the season – Luxembourg for the World Championships. But before I tell you about that race, I’ve got a story for you…As I was packing my bikes up for the trip and taking my pedals off, my hand slipped and smashed into my chainring. The teeth cut into my wrist really deep and I had to go to the ER to get it stitched up. The surgeon wanted to do full surgery because they thought that I had hit my radial artery and he wanted to go in and look at it really closely and make sure it wasn’t too bad. We ended up deciding not to do the surgery, but I had to get 3 internal stitches and 7 big stitches external to hold the cut together. The doc said that I wouldn’t be able to go to Worlds and I had to wear a splint for 4 weeks!

I was really bummed out because I had been training for Worlds all year and had put so much into that trip. The next day we talked to Doctor Hunter Smith, a friend of Boulder Junior Cycling who works at the hospital. He talked to a few hand specialists about it and I went in to get an ultrasound of the artery. After reviewing everything, the doctors said the injury was not too bad, and that I should get on the plane. They felt it would heal quickly enough – I had about 10 days before the race. So I had the rest of that day to pack all my stuff and head to Europe the next day. I was still able to go on my original flight on the Wednesday before the weekend before Worlds. I was supposed to race the Hoogerheide World Cup that weekend, but all I was able to do was ride on the trainer. After about 4 days of riding the trainer I went out for a ride on the road to test out my hand. It felt pretty good and I was able to ride outside from then on. So I had a couple days to ride the trails around the USA house in Sittard before we headed down to Luxembourg.

The weather in Luxembourg was similar to Colorado, with ice and snow. In pre-ride the day before the race I felt like I was riding a course at home because everything was really snowy. It didn’t stay that way for the race. There was still snow on the straights, but it had rained that morning and all the off camber and pavement turned straight to ice. Extremely slippery.

Once the race started, I was in a great position and took the lead until I crashed on a corner that had become more icy since the time I pre-rode. I went back to around 15th and then just worked up from there. The days leading up to the race I wasn’t super confident in my hand because it hurt a little bit when I would do technical riding, but once we started racing I just ignored it and was even hopping the barriers, which gave me a big advantage over the kids that weren’t.

Once the race settled down from the start, I moved up to around 7th and was sitting pretty comfortably there until with two to go when I had a pretty hard crash. The course turned off a sidewalk and straight up a hill and the sidewalk was really sketchy from the ice and I fell hard on my hip. That hurt really bad, and I lost a couple spots, but I just ignored the pain and chased back.

In the end I was able to catch a couple guys and ended up 9th. I’m pretty happy with that race considering I wasn’t even supposed to be there because of my wrist. Top 10 at Worlds, not too bad! (Results)

Now it’s the off season and I’m enjoying just hanging out. I’m back at school now (not doing online school like I did this Fall) and I’ve just spent my time hanging out with friends. It’s only been a week since I got home, but I already feel like getting back to training for next year. Still, I’m going to take about 3-4 weeks off the bike to fully recover from a hard season. This summer I’ll do road and mountain bike racing to get ready for next cross season. It’ll be my first year as a u23 and I know it’ll be a big step up.

I want to say thank you to all the sponsors of Boulder Junior Cycling and the Boulder community, as well as USA Cycling, for supporting me all season, and helping me get through my wrist problem and be able to represent the U.S. at the World Championships. I really appreciate the support! 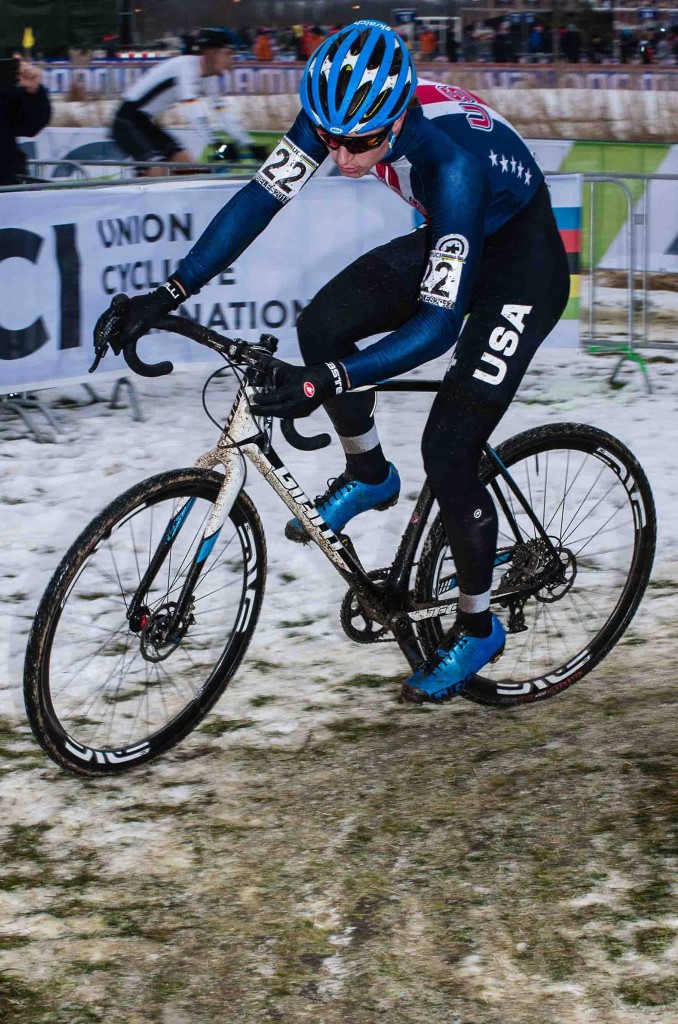 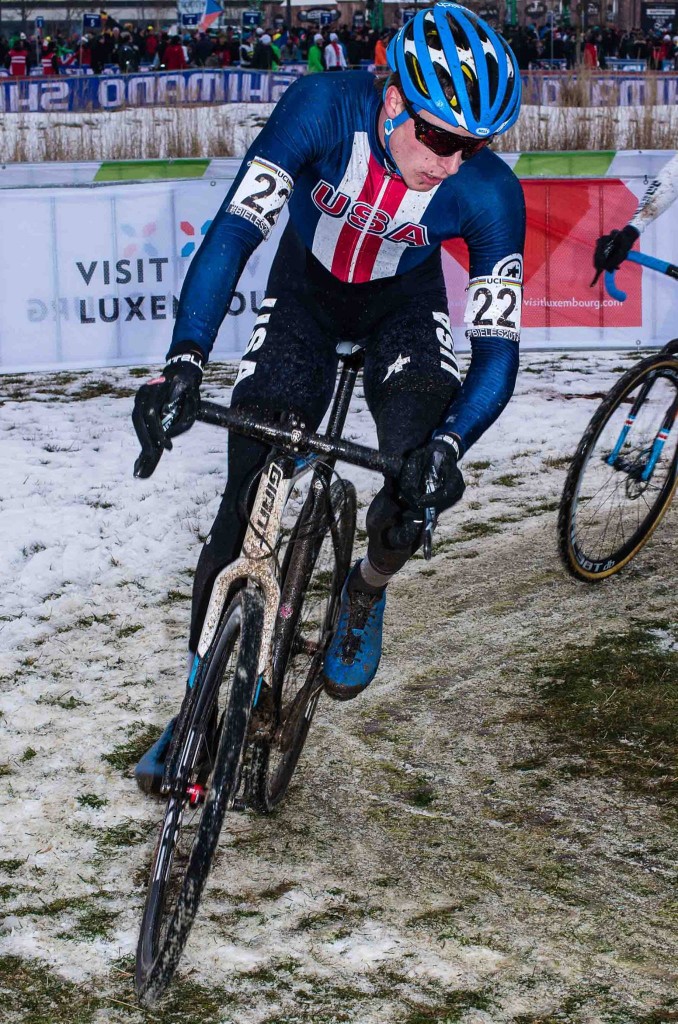 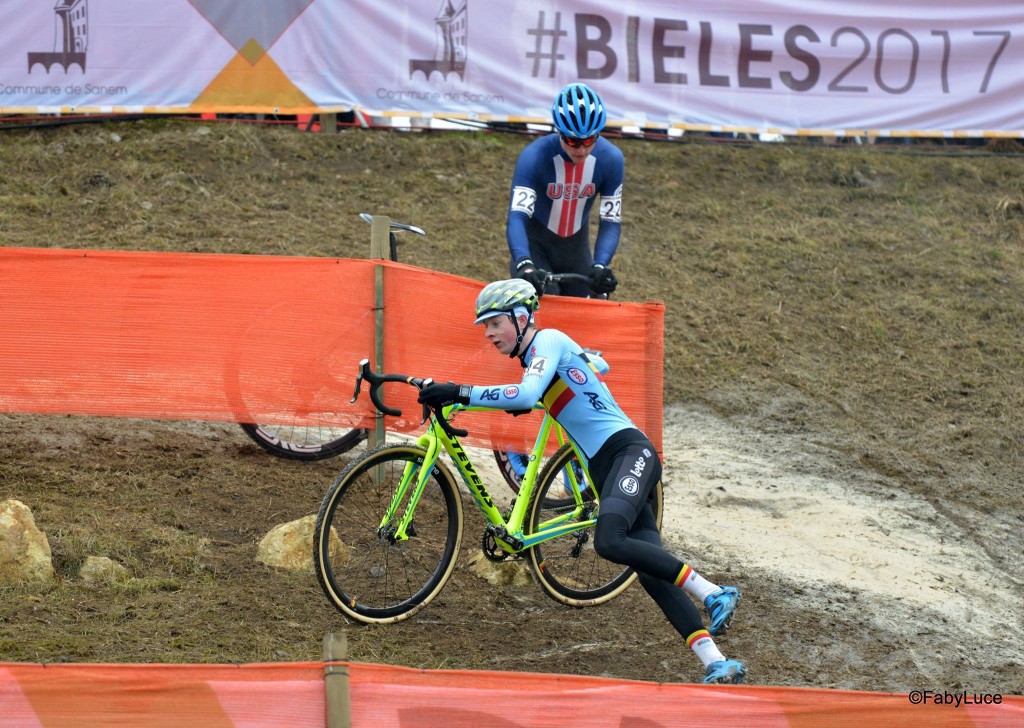 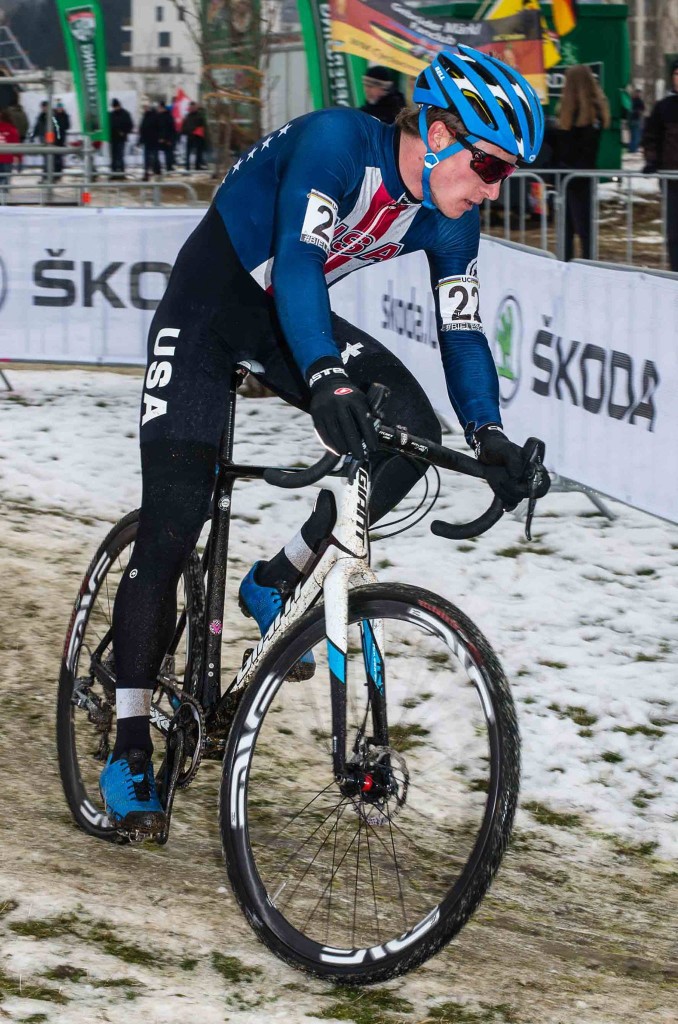 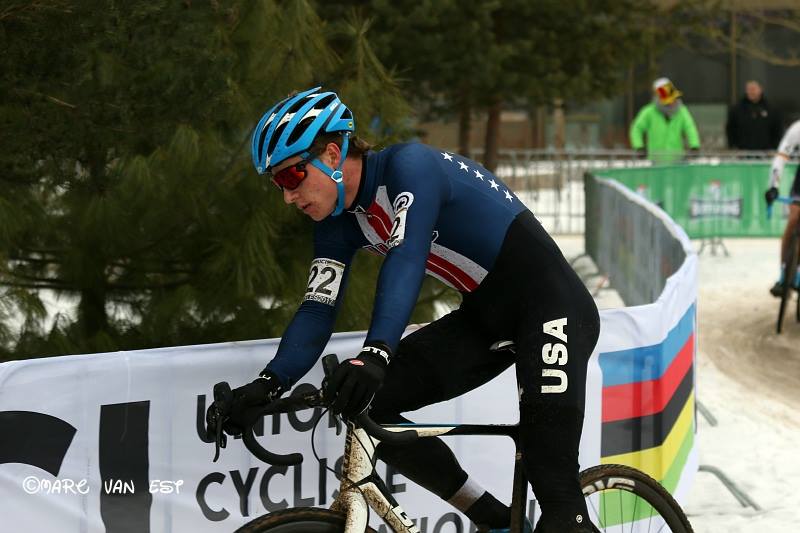 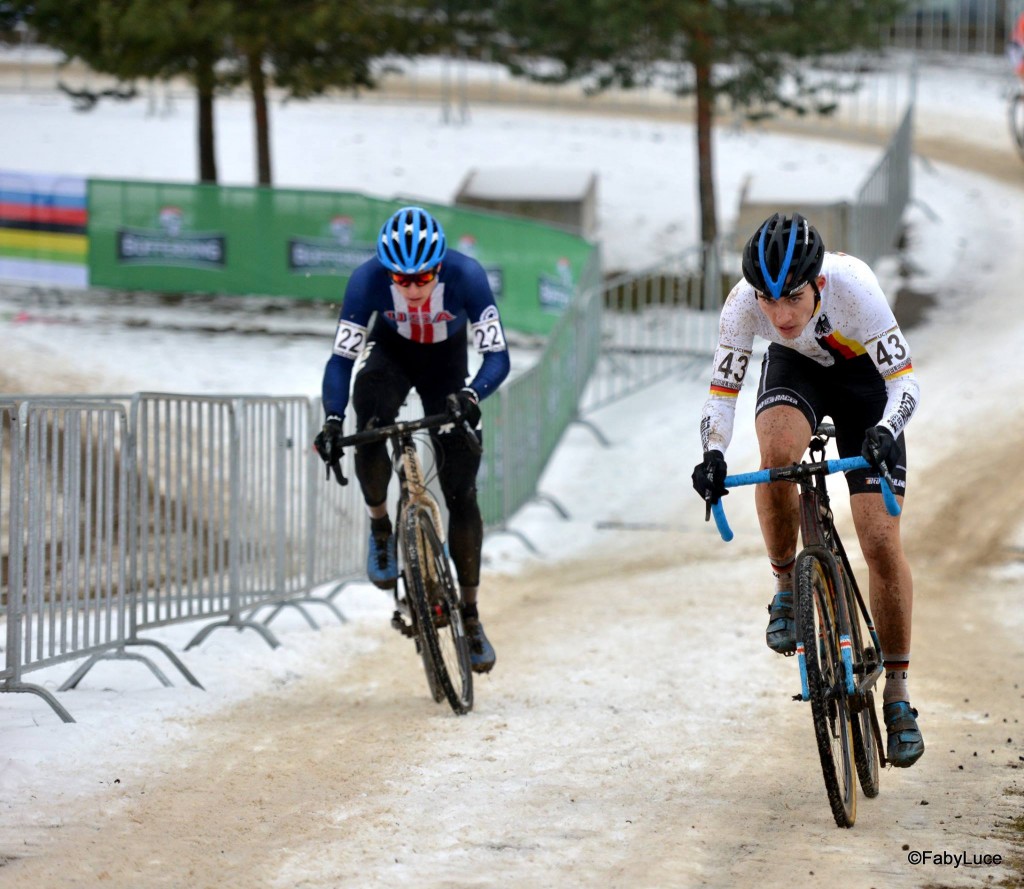 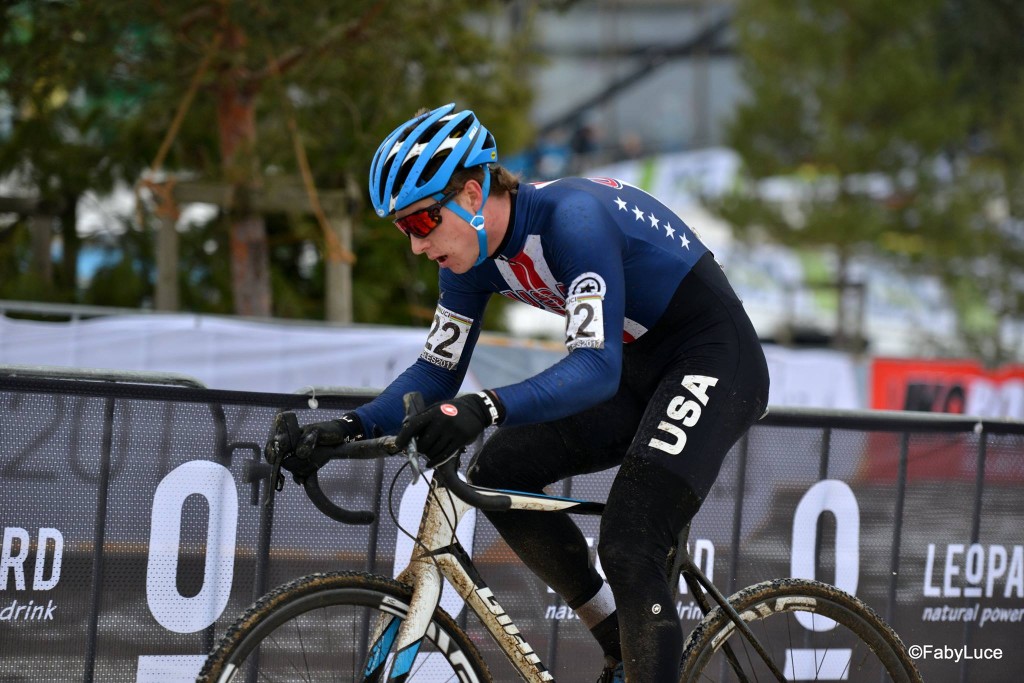 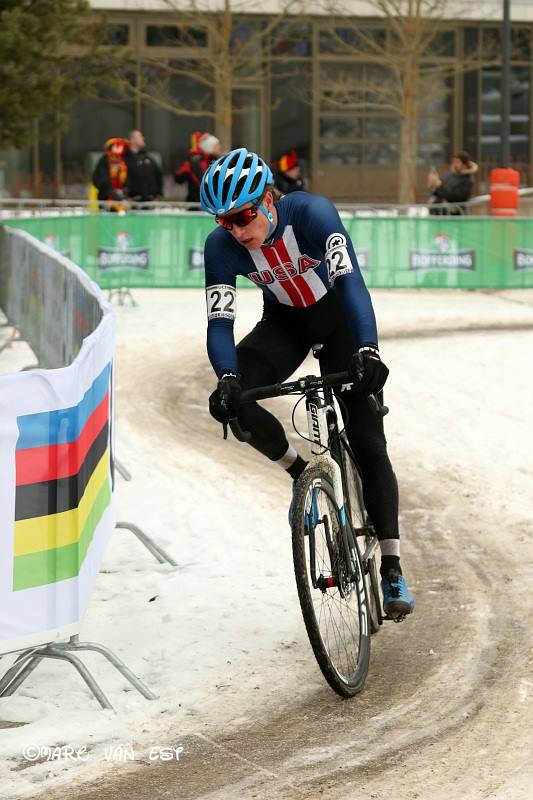 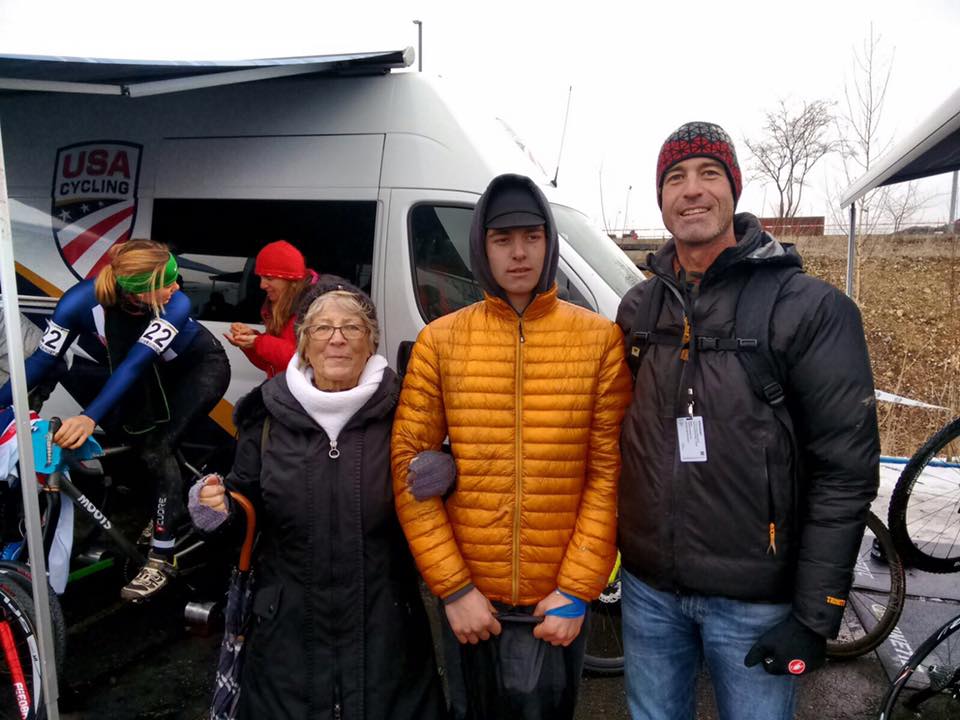