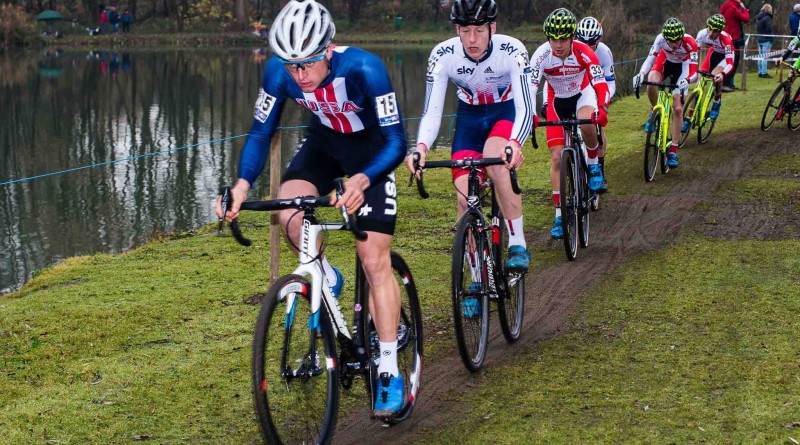 I am currently on a 6 week stay in Sittard, Netherlands at the USA Cycling house while I train and race ‘cross. I came over on November 15th along with some other junior and U23 riders. For the juniors there was Sam Noel, Kevin Goguen, and myself, and in the U23s there was Eric Bruner, Spencer Petrov, and Peter Goguen. Pro rider Stephen Hyde is also here. We all arrived on the same day for the November block of races with USA Cycling. Those races included the Koksijde World Cup, the Zeven World Cup, and the DVV Trofee in Hamme, Belgium.

Unfortunately, the Koksijde World Cup was canceled because of crazy winds and storms. I never thought that a cross race would canceled due to weather, but the conditions were pretty dangerous. The VIP tents and fences and TV towers were getting blown around and made it impossible to race and have thousands of spectators be safe. So this caused sort of a problem with our training for that day and the next week. The plan for that day was to get a hard race in, but since it got canceled, we drove 3 hours back home and tried to get a hard ride in, but from waking up really early for the race and getting all warmed up and then having a 3 hour car ride back home, I was very tired and didn’t feel good. On Monday, we did a photoshoot for USA Cycling, and that was fun to do. I’d never done a real photoshoot like that and it was a good experience.

So the next Saturday was the World Cup in Zeven, Germany. My grandparents live in Germany just a few hours away from where the race is and they were able to come out and watch and it was good to see them. They are also coming to watch me race in December in Belgium.  It was super cold there and there was really thick fog so you couldn’t even see down the starting straight. The morning of the race I was feeling good and confident and I thought it was going to be a good race. Well I was wrong. I had a good start and was second in the hole shot and then going over barriers the first lap, I crashed trying to hop them. I usually am very good at hopping and I was doing it consistently in pre-ride but my pedals felt looser during the race and one of my feet flew out. I got up as fast as I could and was still somewhere in the top ten but I just went backwards from there. My legs felt really dead and I couldn’t do any power. My back also got really tight, which happens to me a lot, and it was only made worse by the bumpy course. One of the challenges when traveling and having races cancelled is that it can throw off your training and I think that was part of the issue for me. I finished 23rd, 2:24 back.

Sunday was a day for me to redeem myself in Hamme for the DVV Trofee race after a bad day in Zeven. During the warm up my glutes and lower back were feeling not very good from Saturday and the 4 hour car ride from Germany so I wasn’t sure how the race was going to go. Once we started however, I was relieved to find that I was having a much better race than the day before. I got the hole shot and led most of the first lap before being passed by Ben Turner from Great Britain. I stayed in second place for about two laps after that before flatting right after pit two. This was a big bummer because I felt like I could have had a result that I was happy about. I rode my flat flat back to the pit as fast as I could and tried to recover as much ground as I could but on the fast course there wasn’t much I could do. I finished 21st, 2:20 back

On Monday morning the rest of the riders except Stephen Hyde flew home to the US. Hyde and are staying over to do more races in between the November and December blocks with USA Cycling. So now I’m just training around Sittard and getting excited to race this weekend in Belgium at the Spa Francorchamps Superprestige Saturday and the Zilvermeercross in Mol on Sunday.

Thanks to all my supporters for helping me along the way. Boulder Junior Cycling, USA Cycling, and our sponsors Giant Bicycles, SRAM, Boulder Cycle Sport, Stages, Kappius, Cuore, Clement, Training Peaks, and many others. 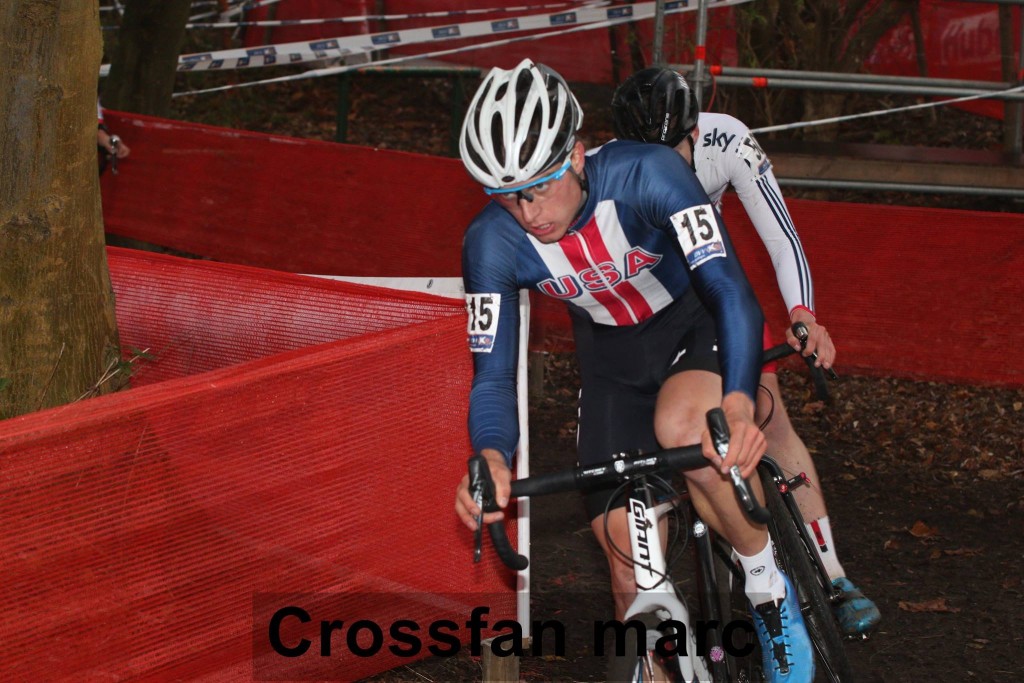 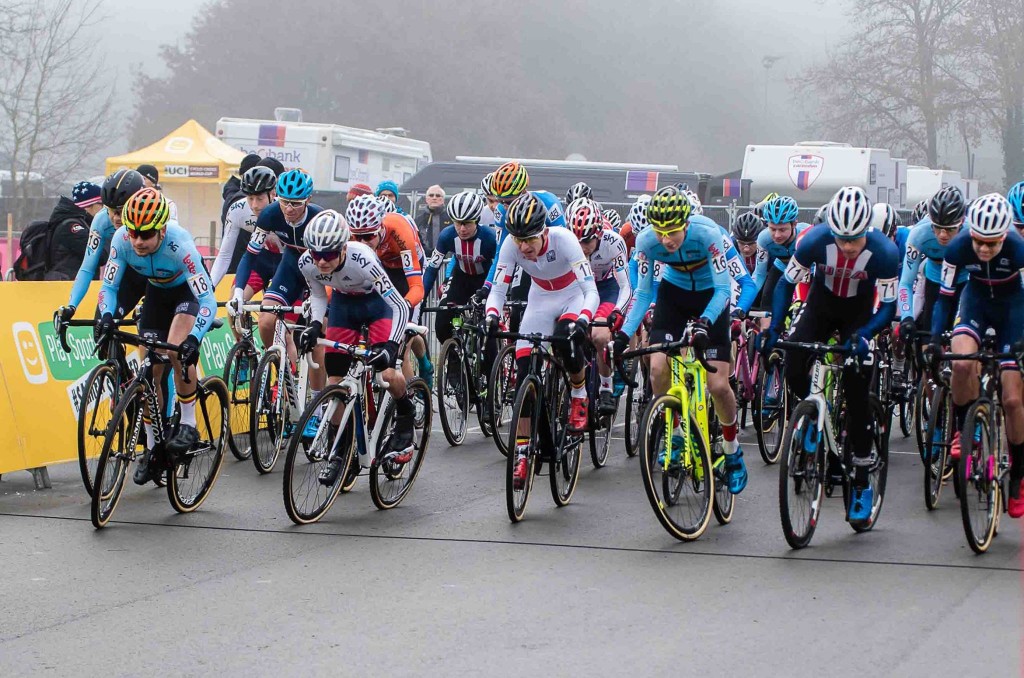 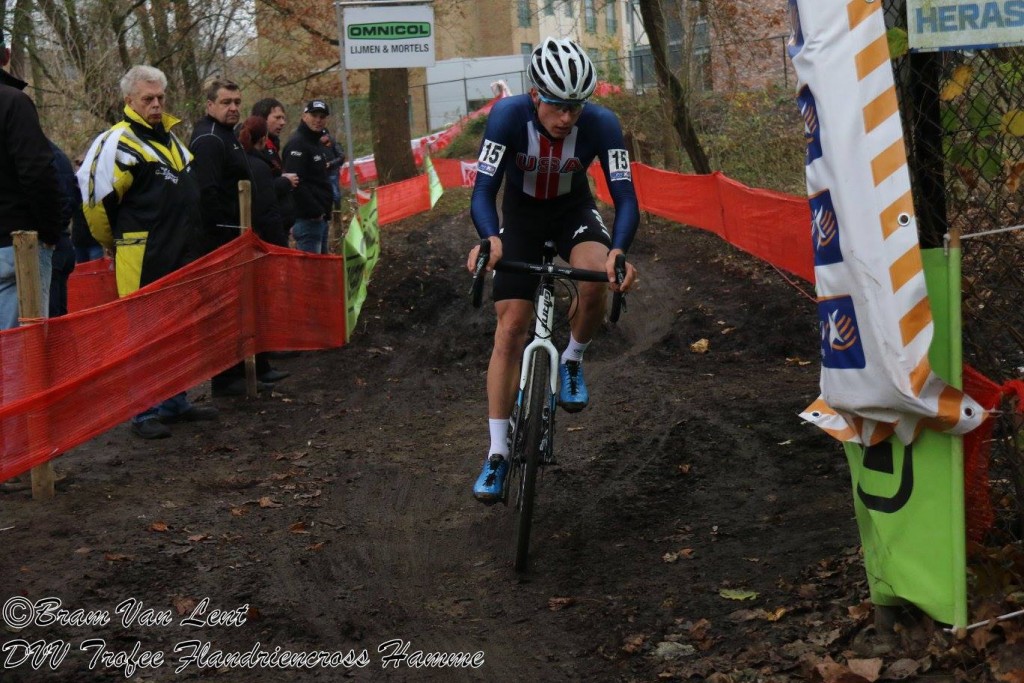 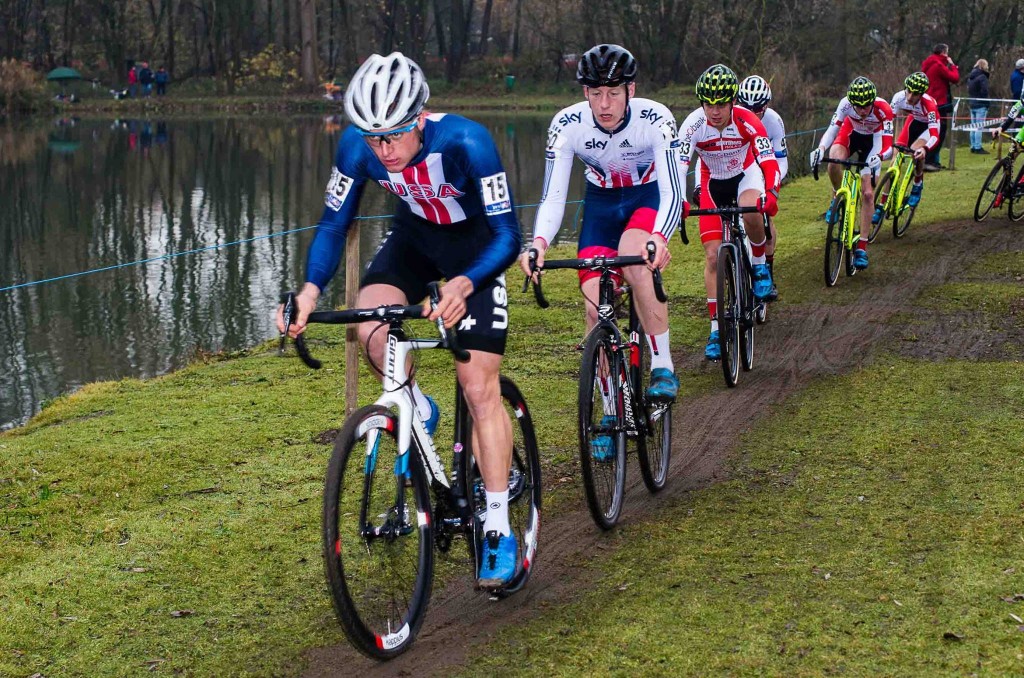 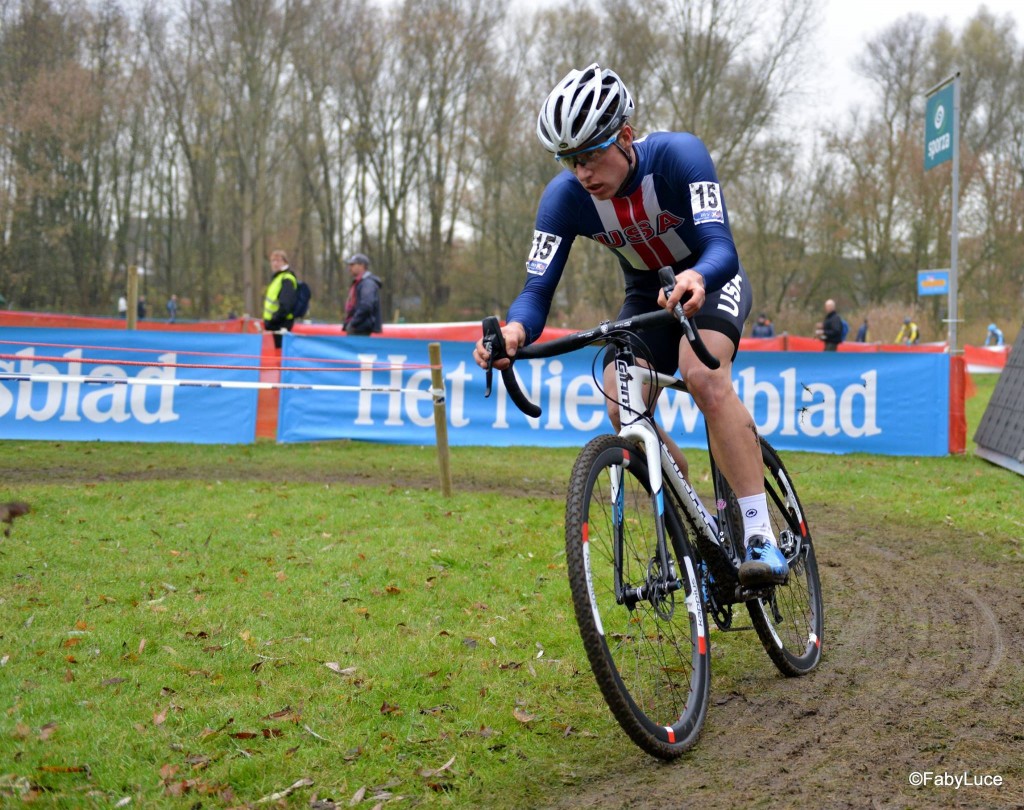 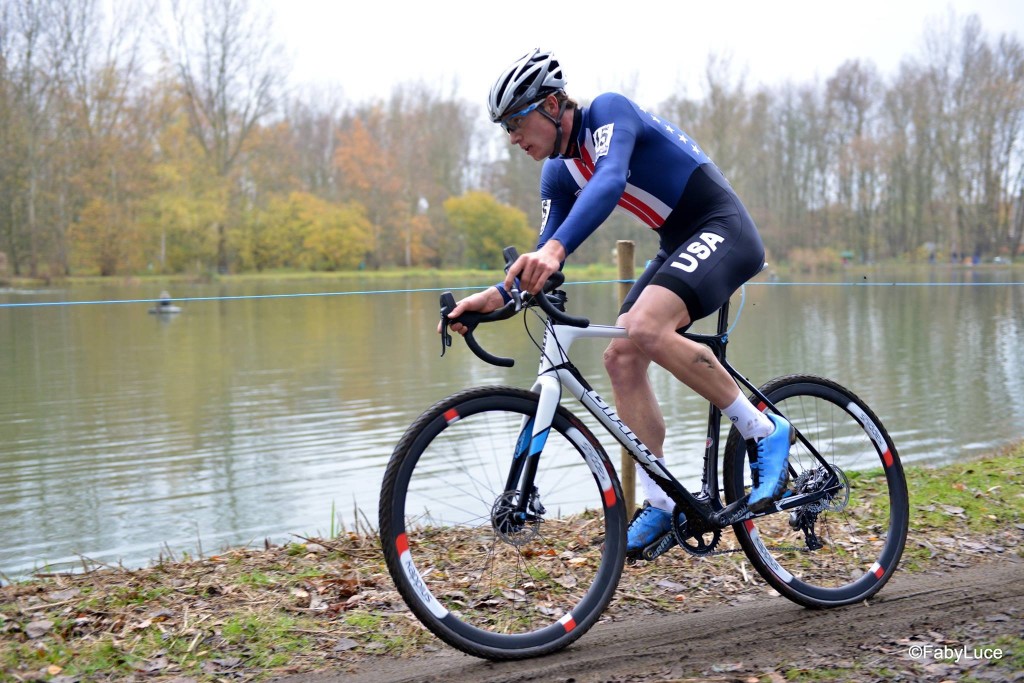 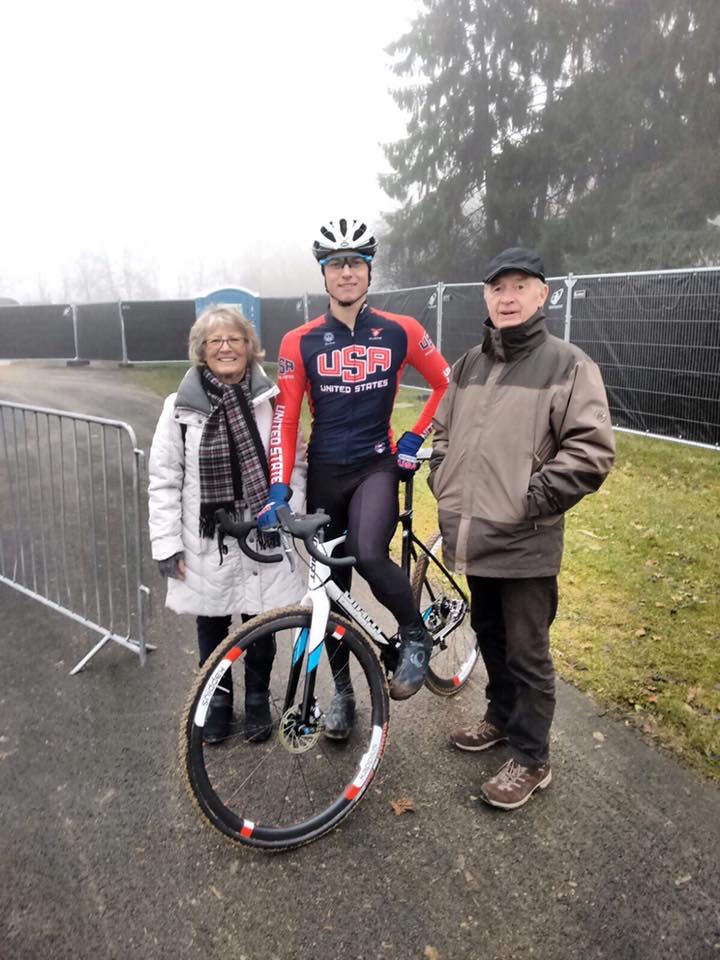