The first team race for Tokyo Joe’s Juniors/BJC mountain bike team was in beautiful Fruita, at the 18 Road BLM lands, on April 14th. We had 16 juniors competing. The race was fun, although windy at some points, it was sunny and warm.

Juniors 14 and under were racing two very smooth and fast laps. Denzel took first place, then Cassidy, and Jack. Eric was not far behind them.

Our Devo riders David and Mark Harris finished strong as well. Isabella Olson finished second in the junior girl’s category. This was Bella’s first race and she raced on her mom’s bike.

Juniors 15-18 Cat 3 and Cat 2 were doing a longer 10 miles lap with famous Chutes and Ladders: very steep climbing and descending.

Nevin was the first one to the finish in the Cat 3 boys, not to mention getting lost and going off course.

In the highly competitive Cat 2, the Tokyo Joe’s boys took the podium with Kurtis getting first place, not far behind him was Garrett (who was flatting near the finish), then Adin, Chris, Wyatt, and Henry. Rachel had a great race and finished first in Cat 2 girls.

We had an impressive number of parents competing in that race  – Diana (Jack’s mother), Hank (the Harris’ father), Harold (Denzel’s father), and Marina (Ksenia’s mother).Our Executive Director – Linda not only attended the race but competed as well! 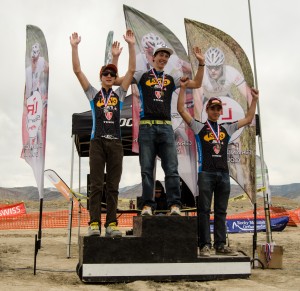 Fun week-end was had by all. 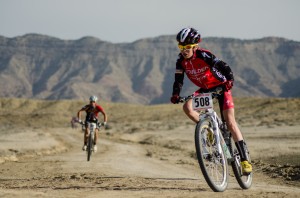