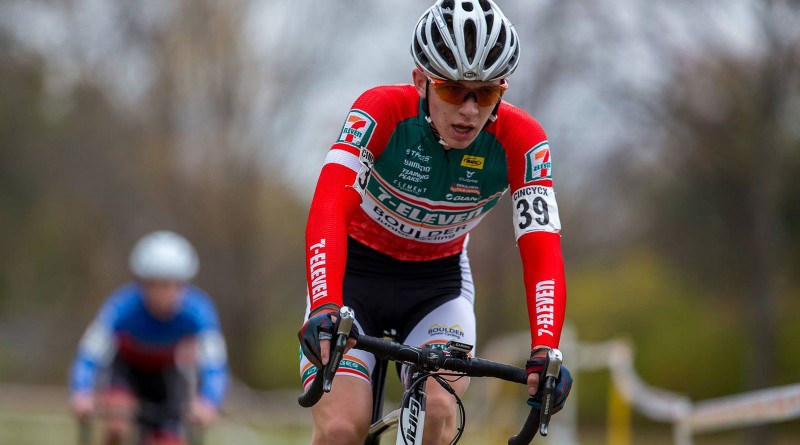 In late July I was fortunate to attend a summer CX camp hosted by USA Cycling in Helena, MT along with five of my BJC teammates including Cade, Eric, Cassidy, and Denzel. Here’s my report:

Cross camp starts with an empty hallway stacked with bike boxes. Room keys are given out and everyone unpacks their stuff into what will be our lodging for the next 5 days. We’re in an old building that some of us started calling “the castle”. After that it’s off to dinner, and then to the first of our nightly meetings. The meetings would set the tone for the camp, and they’re where we would discuss all things cyclocross; everything from tactics to training.

The daily affair of the camp consisted of a 6 am start, 6:30 running and conditioning, a quick shower, and then breakfast. From there, we went on shorter skills based rides each day. The locations ranged from coach Geoff Proctor’s local “secret” cyclocross course, to the neighborhood pump track. One of the cool aspects of the skills rides is learning new drills like “terrible threes” (Hitting a small section very hard 3 or more times in a row), Mock Races, and Figure Eight cornering just to name a few. After skills we have a quick lunch, shower and nap, then we’re out on one of the long endurance rides which follow classic routes around Helena. Once the longer ride is done, we go to dinner, then the nightly meeting.

The whole idea of the camp is two pronged: The first: get in a good block of base training and conditioning, and the second: motivate for the coming season. There’s also the bonus of meeting new people that you’ll race with for the rest of the season. When it’s all said and done, the camp is a great way to get the season rolling, as well as a ton of fun.

This year ended up being the first year in the history of the camp with actual cyclocross weather. It’s been sunny blue skies every single year in Helena until this one: Almost every day we got caught in the rain on at least one of the rides, and it contributed to quite a few mechanical issues- from broken derailleurs to snapped chains. The rain kept things cool at least, so we didn’t suffer from the heat like past years in Montana.

As my last year at the camp, it was a little bittersweet knowing that I wouldn’t be coming back, but that encouraged me to get the most out of the training and classroom sessions. Personally I’m feeling very envigorated going into cyclocross season, so the camp has been a success for me. I think it had a similar effect on the team, and most of our guys were looking strong at the camp. Hopefully it’s a bit of foreshadowing for a strong cyclocross season!